The APAF (Aquarelle Plein Air France) organization sensitizes the artists and the general public to the art and the Plein Air painting traditions and create a national community by organizing meetings of paint from nature. This French organization was created in 2014 for watercolorists (beginners and experienced).

To find out more about the organization, we talked to the APAF founders : Thierry de Marichalar, Alain Bisoire and Pierre Valaincourt.

First of all, the APAF founders explain to us the origin of Plein Air painting and the role of the association in the development of this activity.

The name of the association comes from the French expression which means « in the open air ». Painting outside is different from painting in a room because painting outside allows to reproduce the real visual conditions at the time of the artwork creation. It’s a snapshot, a feeling, an emotion, a power… and we can’t have that when painting indoor. For example, on the field our eye sees colors in shadow that a photo can’t show because of the sensors limited dynamics.

Painting on the field is the very essence of art, the ultimate truth, from the choice of the centring to the composition, the draw associated with the perspective, the natural changing light, colors which change with seasons, the timeliness which creates all the power, the interpretation of the subject which gives personality, the personal mood etc.

For a long time, these are all good reasons for painters to paint outside. Especially in the middle of the 19th century when the work at the natural light became particularly important (École de Barbizon, Hudson River School, l’Impressionnisme) as shown by the indisputable works of the French impressionists whose a big part of their work was made outside. Furthermore, it is in this period that was born the  » French easel  » well-known all over the world.

The popularity of Plein Air painting continued throughout the 20th century and in the 21th century, Australian school for example. Today’s artists extend the traditions of these masters by capturing the light and the movement in landscapes and the main part is to see and to capture the subject outside in its most natural shape.

In the last 20 years, Plein Air painting have attracted a lot of interest (especially in the United States) and groups of Plein Air artists began to gather to paint together.

These meetings are now very popular in the world and give artists the opportunity to share their talent and creativity with the public and other painters for a mutual enrichment. In France, the practice of the watercolor has to continue in this path. No structure existed in France to support this practice at a national level.

The creation of the organization aims at connecting people who wants to share the same ideas and passions, without taking advantage of the profits, the voluntary help remains the real driving force.

A national entity allows to gather, supervise and structure all the Plein Air watercolor amateurs, and to have a necessary structure for administrative reasons (relations with the other European watercolor groups, organization of national and international meetings, insurance, partnerships, communities, budgets and subsidies etc…).

In the watercolor world there are several organizations (“Carnet de Voyage”, “Sketchers”, “Ateliers”, “Salons d’Aquarelle, etc) but there was no organization at a national level regarding the Plein Air painting… So we’ve thought about meeting a need because without an adapted structure, we don’t exist.

How many members the organization counts?

How many events do you organize in a year?

The organization principle is based on volunteering, each member is free to indicate on the website the date and the place when he/she will paint from nature to encourage other people to come and join him/her. It is like an appointment book or a schedule which is made little by little according to the members wishes. The association office is only approving the various meetings proposed by its members.

What is the most important event to come?

Like every years we organize a “national” meeting where we try to reunite the maximum number of persons. 3 years ago the event took place in Spain, then in Venice and in the Aveyron, this year it took place in Brittany and in 2019 it may take place in the Rhône-Alpes region. It’s a great moment to live because it’s very rich in artistic exchanges but also in a human way.

How many people come to the events?

Our national meeting gathers about 12 members, and a little less at the meetings organized by the members. Every meeting proposed by the organization is opened to any member whatever his/her region, it must be the opportunity to meet each other!!!

What type of public do these events attract?

How long does a meeting last?

It can be one-day meetings, usually they are organised by region members. The national meeting lasts several days, always including a weekend.

Do you organize events everywhere in France ?

The organization propose meetings, that can be isolated or during demonstration like exhibition, symposium, or even during international meetings.

Everyone come and participate freely. It must be a sharing moment which must not be confused with a training or a course. Every artist remains autonomous on the subject choice which he/she is going to paint and in the way he/she is going to make it.

The organization allows every member to indicate on the APAF website (by a simple form), the meetings of Plein Air painting from nature which he/she plans to make in his/her region to allow other painters to come and join him/her to share these good moments, otherwise every artist is going to paint alone and remains isolated.

Are there regions in which the organization is not represented yet? An example?

For now there are four regional leaders, Annie Chauwin for Pays de Loire, Clara Pian for La Corse, Patrick Peret for Midi-Pyrénées and Jean José Fernandez for Rhône-Alpes. The organization should become bigger over time, for now we are setting up the foundations of a new structure, we give the urge to do, but the members have to join us to build and expand it.

Meanwhile we are trying to develop relationships with other countries and organizations or international meetings. This kind of meetings are more usual in other countries, especially in Spain. In France it’s not an habit for the artists, either by individualism or by shyness and that’s too bad.

The organization is also full of ambitions and new projects, indeed they also hope to  » attract recognized watercolorists who want to share this Plein Air activity with other painters. They imagine then « a huge national meeting with big names of the watercolor world. »

The members of the APAF board are still looking for volunteers to enlarge their watercolorists community in order to organize more events and share experiences. 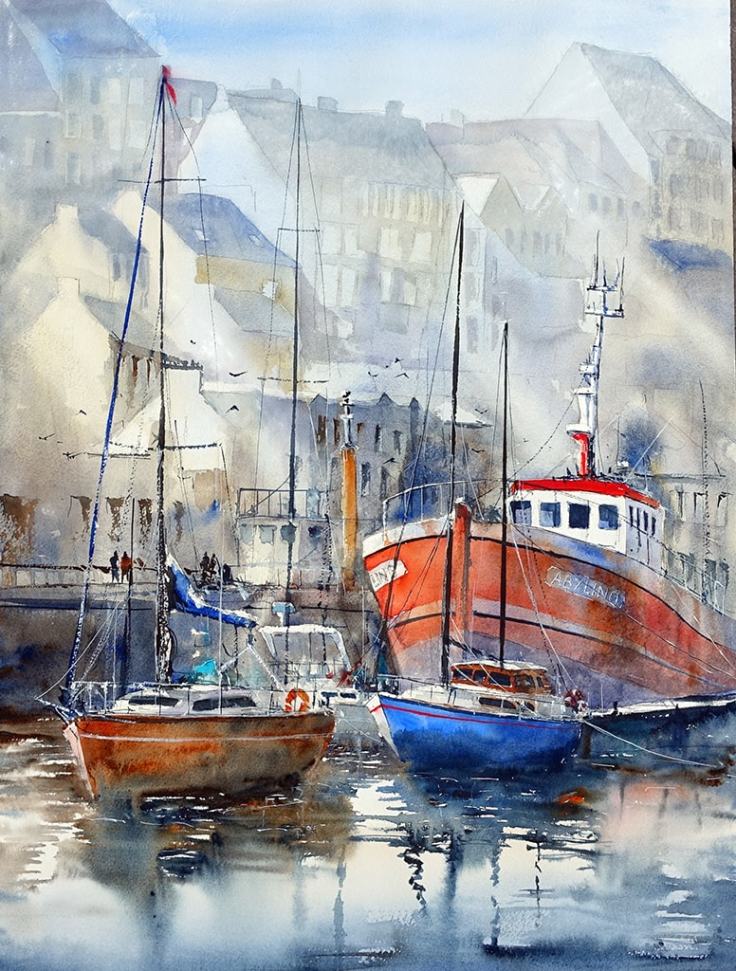 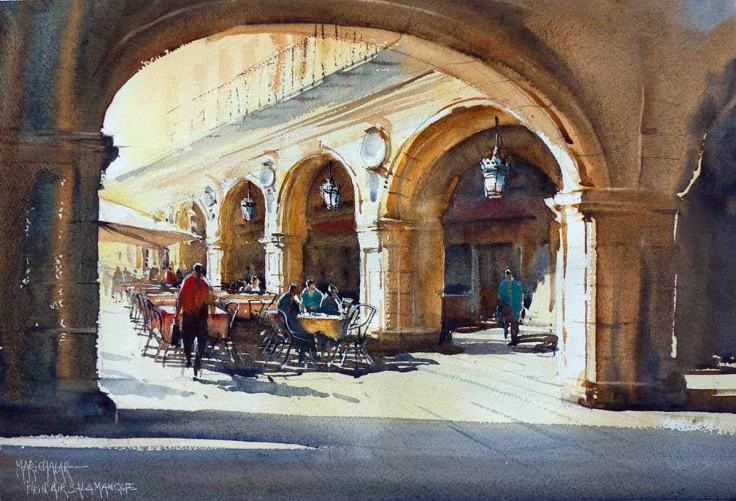